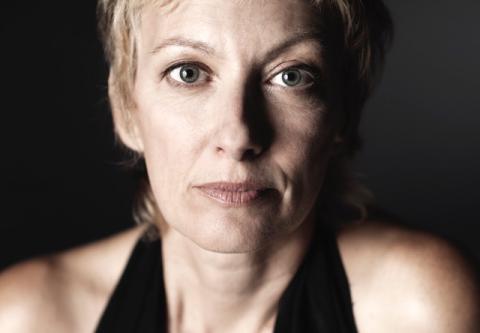 A multi-faceted artist, Toronto-based Marie-Josée Chartier moves easily between the worlds of dance, music, opera and multi-media in the roles of choreographer, performer, director, vocalistor teacher. Her choreographic works have been presented in festivals in Canada, Europe and Latin America and have been featured on documentary films.

In 2019, Chartier choreographs two plays Le dire de Di and l’Exercice de l’Oubli, (Montréal, Québec, Caraquet and Toronto). On tour, she directs Charlotte a music theatre production presented in Israël, Ukraine and the Czech Republic. As an actress, she performed in How it Ends with the Sick + Twisted Theatre (Winnipeg) and started the creation of a new theatrical/physical work Fracas with writer Margaret Sweatman. She continues the process of recreating petites danses - 8 short choreographic works with 3 Atlantic companies and will be touring New Brunswick, Nova Scotia and Labrador in November 2020.

In the world of contemporary music and opera, Marie-Josée has directed/choreographed numerous critically acclaimed productions for: Gryphon Trio, Toca Loca, Queen of Puddings Music Theatre, Tapestry Opera, Theaturtle and since 2005 with l’Ensemble Contemporain de Montréal (ECM+) as resident director. She is in demand as an artistic advisor and mentor and is a frequent guest teacher in modern dance and voice/movement workshops in institutions across Canada. In 2003, Marie-Josée Chartier founded Chartier Danse to support her large scale productions. She is the recipient of the Jacqueline Lemieux Prize (2015), the K.M. Hunter Award (2001), nine Dora Mavor Moore Awards nominations receiving two for outstanding choreography and direction.

Artist Statement
Marie-Josée Chartier's choreographic repertoire is greatly influenced by contemporary visual art, music and literature in terms of concept, composition and dynamic structure. From there, personal themes weave themselves to create works that try to decipher, expose or deconstruct the vulnerability of human beings. In collaborating with other artists for her own large scale productions or in the role of director for commissioned works, in all possible scenarios, Chartier believes in bringing all contemporary artists involved (performers, designers, writers, composers) from the beginning of the creation to allow the development of layered, meticulous and integrated work and foster a level of communication that is central in accomplishing a strong artistic vision.