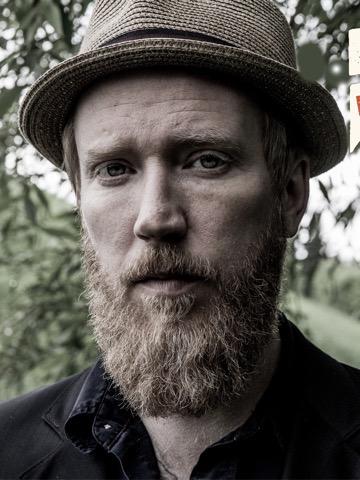 Scott Nolan is a songwriter, poet, multi instrumentalist from Winnipeg, Manitoba Treaty One Territory. His songs have been recorded by Hayes Carll, Mary Gauthier, Watermelon Slim, and Corin Raymond among others. He has recently produced albums for William Prince, Lynne Hanson, and Watermelon Slim.

In January 2015 he started writing poetry, approximately three weeks after his 40th birthday. The plan was to replace smoking cigarettes with walking eight to ten kilometres a day. He is a songwriter by trade and often discovered melodies and rhythms in the shuffling of his feet. He spends most of his time thinking about words, music, and language. Nolan found himself writing short poems based on people and places in his neighbourhood, trying to capture a bit of what was happening around him.

An older cousin of his discovered a gift and passion for poetry while serving time in Folsom State Prison. He was an early influence on him, sending books and letters from prison and encouraging the younger Nolan to read and write as often as possible. This relationship was the subject of a documentary last year called Visiting Day, produced for the CBC by filmmaker Charles Konowal. He was invited to perform and host writing workshops in the very same prison library his cousin wrote to him from all those years ago.

The late Winnipeg poet Patrick O’Connell was also a dear friend and mentor. Patrick is one of his favourite contemporary Canadian poets. His was a lyrical style that had a strong impact on his early songwriting. One of the many benefits of working in the arts community in Winnipeg is the quality of work of his peers. It’s consistently encouraging and inspiring. After more than a decade of relentless touring, he decided to take a year or so away from the road to collaborate, produce records, and enjoy his life in Winnipeg. A play was produced through Manitoba Theatre Projects based on the nine albums he has released since 2003. The play, I Dream of Diesel, enjoyed a two week run of sold-out shows and critical praise from both the community and critics.

In 2019 Nolan started working with composer Glenn Buhr (co-founder of the Winnipeg Symphony Orchestra New Music Festival) on a new collection of songs in a new genre, blending Nolan’s roots-oriented music with Buhr’s contemporary style and arranging skills. This led to a recording of the new work and a gala premiere in December 2019 featuring Nolan with the orchestra. Buhr has arranged this material for a 5-piece ensemble for live performances and touring: Nolan on vocals/guitar/piano, Buhr on piano/guitar; Paul Balcain on sax/clarinet; Joanna Miller on drums/percussion/vocals; Gilles Fournier on bass. The new band debuted at Winnipeg’s West End Cultural Centre in August 2020.

Other artists on Scott Nolan's work:

Scott Nolan's songs and shows to me are ledgendary events I keep track of large chunks of time based on the last Scott Nolan show I went to see he is not to be missed.
Adam Carroll

Nolan's a barroom prophet and a midnight revivalist, a bluesman with heart and an eye for detail. one of my favourite songwriters.
Hayes Carll

Scott Nolan is digging down deep in those songwriting mines. And he's coming up with some gems. He can pull a really good song out of a vein that the rest of us missed.
Gurf Morlix

I find Scott Nolan to be a master song writer, musician, and performer.
His music is both uplifting and inspiring, a true Canadian treasure.
Big Dave McLean
~~~