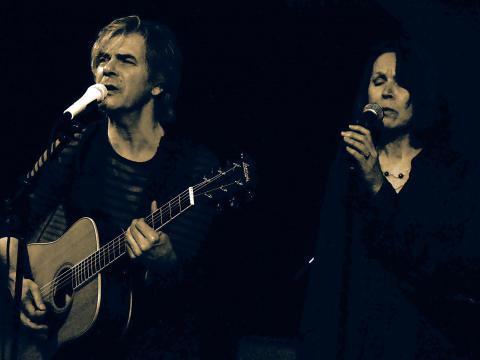 Margaret Sweatman’s plays have been produced by Prairie Theatre Exchange, Popular Theatre Alliance and the Guelph Spring Festival. She has performed (songs and spoken word) with the Winnipeg Symphony Orchestra, the Kitchener-Waterloo Symphony Orchestra and the National Academy Orchestra, as well as with her own Broken Songs Band. Sweatman is the author of the novels Fox, Sam and Angie, The Players, Mr. Jones, and When Alice Lay Down with Peter, which won several awards including the Rogers Writers’ Trust Fiction Prize and the McNally Robinson Book of the Year. With Glenn Buhr, Sweatman won a Genie Award for Best Song in Canadian Film (Seven Times Lucky).

Broken Songs began with spoken word, bass, percussion and some sax; first, for the Winnipeg Symphony’s New Music Festival, then later orchestrated in the recording studio by Glenn Buhr. Then the lines of poetry began to sing. Eventually, there were song fragments with one verse that needed a second verse and a bridge, and so Margaret wrote more lyrics for Glenn, who trimmed and shaped them with his ear for blending melodies with words. Then there were a dozen songs. Then two dozen.

After several years going from project to project in several Canadian cities with a collection of different musicians, the Broken Songs Band has now settled in Winnipeg, performing mostly as a trio.