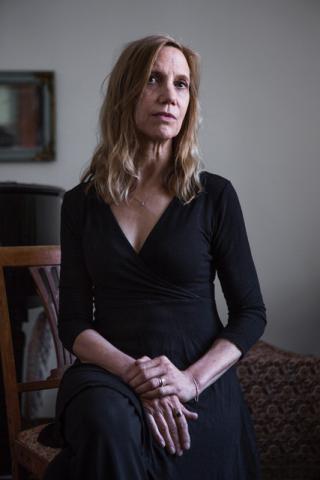 Linda Catlin Smith grew up in New York and lives in Toronto. She studied music in NY with composer Allen Shawn, and at the University of Victoria with Rudolf Komorous and Jo Kondo. She taught composition at Wilfrid Laurier University in Ontario 1999 to 2020. Her music has been commissioned, performed and/or recorded by: Tafelmusik, BBC Scottish Orchestra, Goeyvaerts Trio, Trio Arbos, Victoria, Kitchener-Waterloo and Vancouver Symphony Orchestras, Arraymusic, Tapestry New Opera, Via Salzburg, Evergreen Club Gamelan, Exaudi, and the Penderecki and Bozzini string quartets, as well as by soloists including Eve Egoyan, Philip Thomas and Elinor Frey. She has had performances at the Tectonics Festival in Glasgow (2017), Huddersfield Festival (2017), Principal Sound Festival (London, 2018) and Louth Contemporary Music Festival in Ireland (2019).

Her latest orchestral work Nuages was commissioned by the BBC Proms for the BBC Scottish Orchestra, premiered September 1, 2019. Several solo discs of her music have been released: Thought and Desire, with Eve Egoyan, and four recordings: Dirt Road, Drifter, Wanderer and Among the Tarnished Stars (with Messiaen's Quartet for the End of Time), on the label 'another timbre'. Some of her works are now available through Composers Edition.

Artist Statement:
My compositions are acoustic instrumental works, often slow and quiet in nature, sometimes described as introspective; they share a certain compositional point of view, in their sense of time, their approach to form, maybe even mood, or atmosphere. They show my ongoing interest in harmony, or what I prefer to think of as harmonic colour - harmony (non-functional harmony) intertwined with orchestration, the one not separate from the other.

My work is informed by my ongoing fascination with painters, and writers such as Giorgio Morandi, Agnes Martin, Mark Rothko; and Virginia Woolf and William Faulkner among many others. I am interested in a kind of abstract narrative, rather than a programmatic or dramatic approach. My pieces are intended to be subtle, focused more on the small change or transformation rather than the large, dramatic statement. They do however have their own sense of an unfolding narrative, and are not without drama, though it is a drama of an interior, quiet kind. I tend to work in what I think of as expansive, or expanded, time; I want to make time larger than it is, as though the listener is examining something up close, closer than a usual perspective... an intimate perspective.