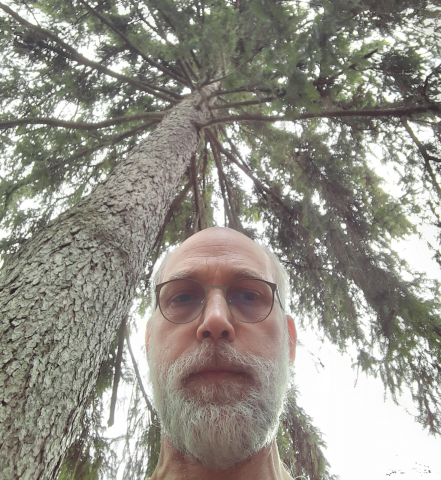 Peter Lutek is a gentle human, living with his wife on a small, garden-filled plot of land amidst the bustle of urban life in Toronto, Canada. He makes sound with reed instruments, electronics, and the occasional power tool; his sourdough is relatively quiet. Peter has been active in a wide range of musical performing for nearly half a century; in the end, he is most at home in improvised contexts. Currently, Peter is playing with The Button Factory Band, the Avi Granite 6, and the Art of Time Ensemble. His unique voice is also expressed in beginning-to-end production roles for ENGINE (Peter Lutek), 40 fingers (saxophone quartet), Riverrun (Tom Richards), Storytime (Rob Mosher), Joseph Petric, and David Mott.